Ulai Enterprises Pvt. Ltd (UEPL) represents ST Blow, a Swiss / Italian company, a renowned name in “Extrusion Blow Molding Machines" and considered as the best in "Suction Blow Molding Machines" in the world.
Their machines are manufactured in Italy and Switzerland under very strict quality controls and backed up by efficient after sales services. These machines are used for plastic blown products (until 2000 lt) for technical blow molded parts ranging from Industrial packaging to complex 3 Dimensional ducts (3D suction blow) for automotive, household appliances etc.

We are the exclusive business associate of ST to supply their whole product range either EBM/SBM alone and/or turn key project covering geographical area of India and adjoining countries viz. Sri Lanka, Bangladesh and Nepal. 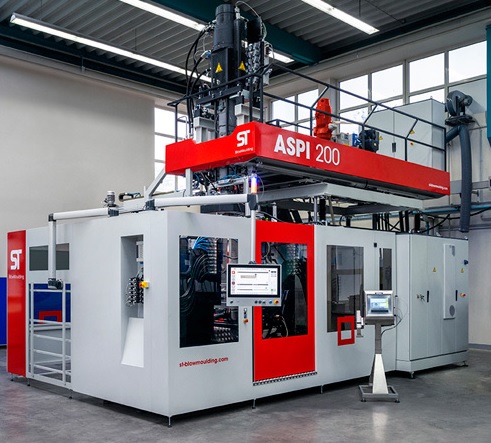 ASPI Mono - It is the best adapted machine to offer 3D suction technology / Suction blow in the market, due to its high technical innovation and its production versatility. Single Layer/One Material.It has been designed so that it can accommodate a blowing unit, which enables the machine to be used as a conventional blow molding machine (2D) as well. 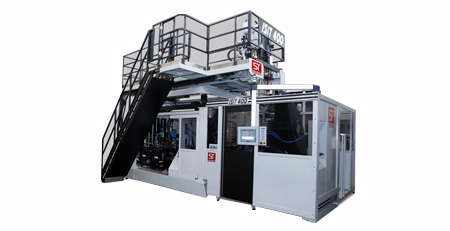 Accumulator Head Extrusion Blow Molding Series
ISIT Series: The mould clamping unit with single cylinder and double tie-bar characterises the ISIT Series of extrusion-blow moulding machines. The machine components that may flex while conveying the clamp force are independent from the plates to accommodate the mould, so ensuring perfect planarity and parallelism of the two half-moulds under any condition. The models of the ISIT Series are ranked in the highest category of merit for energy efficiency according to the Euromap 46.1 procedure for extrusion-blow moulding machines (class 10: less than 0.29 kWh/kg of HDPE).

TA Series: The extrusion-blow moulding machines with accumulator head of the TA Series – featuring closed-frame symmetric clamping units – have been the hallmark of ST BlowMoulding for many years under the ST Soffiaggio Tecnica, Zaga and Meico brands. These machines have been specially developed for the production of a wide range of plastic moldings products with larger mold size. The TA Series shares the same melting technology as the ISIT Series. 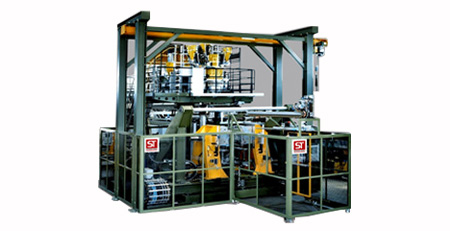